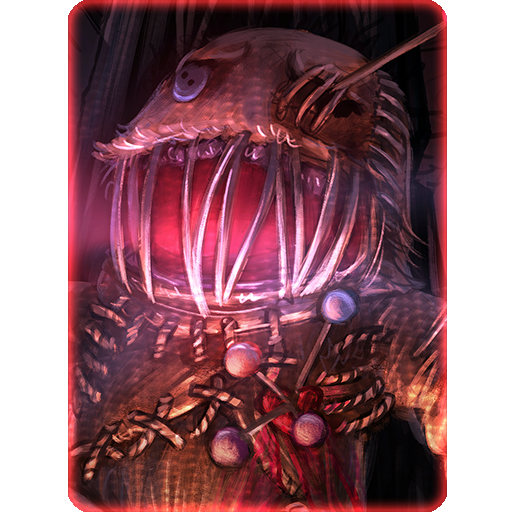 Tether your soul, feel my pain.

Ability:
Wakes with the wolves, but cannot hunt with them. If lynched, pick a player. That player will be lynched as well.

In folk magic and witchcraft, a poppet is a human-looking doll made to represent a person, for casting spells on that person or to aid that person through magic. They are usually used as a vessel for binding rituals, most commonly associated with rituals for pain or misery, where the caster stabs the poppet with a needle or sharp implement, and the person the poppet is meant to represent feals the pain.

These dolls may be fashioned from such materials as carved roots, twine, clay, branches, or cloth stuffed with herbs with the intent that any actions performed upon the effigy will be transferred to the subject based on sympathetic magic.

Can a Poppet lynch a Prince?

The effect of the Poppet is a player gets lynched, but since the Prince is immune to lynching, he survives. The poppet still dies though.

Does a Jester win if a Poppet gets him lynched?

Absolutely. To him, a lynch is a victory, no matter how it happened.

Can a Poppet lynch a Werewolves team card?

Will the Poppet's target be revealed as well?

The target of the poppet is lynched, following all steps of a lynching procedure, which means yes, the card will be revealed.

Is there any way to negate the Poppet's ability?