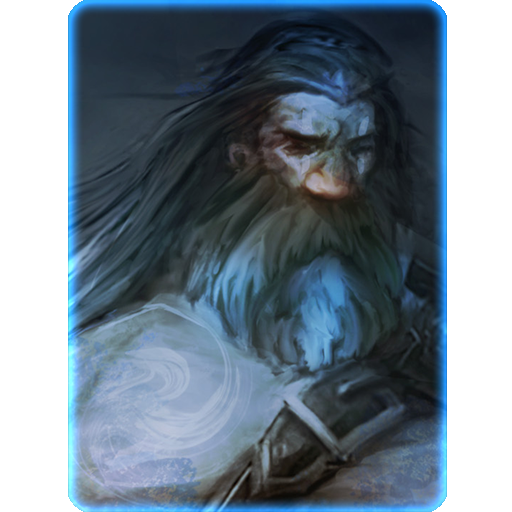 Swing the axe! Cleave the skull!

Ability:
When eliminated, you may immediately eliminate up to two players who are sitting up to two spaces away from you.

The Norse berserkers were said to be almost more beasts than man. Once skilled warriors, the berserkers used their ritualistic practices to acquire powers that made them more than just a formidable foe.
There have been many tales of these wild men who charged into battle wearing nothing but the fur of animals.
They felt no pain or fear and broke through any opposing barricades with thunderous rage.

The berserker warriors were infamous for entering a rage-fuelled trance; their bodies would convulse, their teeth would grind and almost break until the rage had taken over their bodies.
It was said their skin would change color, turning a dark red or purple to match the intense rage.

Berserkers may have been under the influence of multiple substances, allowing their disregard for pain and unpredictable behavior.

The berserkers are believed to have superhuman strength and speed. They were almost unstoppable as they were able to ignore pain. Being able to fight through cuts, slashes and even the loss of their limbs, ignoring wounds that would render a normal man useless.

They have been described as almost possessed while in this state and sometimes losing the distinction between enemy and ally.

In Icelandic folklore, a poet mentions a berserker warrior who when facing his enemy, furiously ate his own shield and then brutally murdering six onlooking men, one of which his own clansmen.

Does the elimination count as a werewolf attack?

Is there any way to negate the berserker's ability?

Will the Berserker be able to survive in any way and still use their ability?

Will Minotaur be able to survive the Berserker's ability?

Yes, the Minotaur can only be killed by lynching.